April 2020
– A performance in the Haagse Kunstkring [The Hague Art Society] with some personal compositions has been postponed until further notice due to the Corona crisis.
– In the Piano Bulletin of EPTA-the Netherlands and Flanders, ‘De Mazeppa-etude van Franz Liszt – ontstaansgeschiedenis en beknopte analyse’ [‘The Mazeppa etude of Franz Liszt – genesis and concise analysis’ appeared.

30 November, 2019
Book presentation of The Mazeppa Music of Franz Liszt during the EPTA conference, held at the Conservatory of Zwolle. The Mazeppa etude was central during this presentation, the five versions of which were examined one by one. The intermediate version was executed by Nikola Meeuwsen. A lecture with image and sound.
ArtET Conservatory Zwolle, Aan de stadsmuur 88, 8011 VD Zwolle.
Start of my contribution: 4 p.m. (until 5 p.m.). 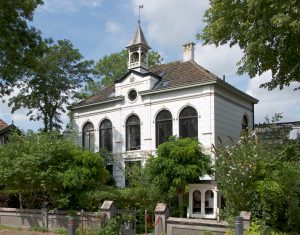 20 October, 2019
During a mini Liszt Festival on the occasion of the 40th anniversary of the (Dutch) Franz Liszt Kring, I was given the opportunity to present the two Mazeppa books (see Agenda 2018-2019). Naturally, the emphasis was on The Mazeppa Music of Franz Liszt, and in particular on the genesis of the Mazeppa study, of which a  hitherto unpublished intermediate version was performed by the very talented young pianist Nikola Meeuwsen (world première). The final version, the well-known Etude d’exécution transcendante, was executed by another great talent from Dutch soil, Martin Oei. The sheet-music edition of the aforementioned intermediate version was also presented on this day (for more information on this edition, see AB II-24).

October 2019
In the October issue of De Nieuwe Muze, Part I of an article about the Dutch painter Ary Scheffer and his paintings of Chopin and Liszt was published.
This first issue focuses on the Scheffer-Chopin relationship.

22 August, 2019
On August 22, when I got on my bike, I fell and broke my left hip. On Saturday, 24 August, I was operated on, and lay for a week in the Westeinde Hospital, followed by two-and-a-half weeks in the Mechropa Rehabilitation Centre. On September 17, I was allowed home again, where I gradually picked up the threads. Here, I want to thank yet again everyone who has supported me in these difficult times. Due to the help and many expressions of support and sympathy from family, friends and acquaintances, these days, even if they were not productive, were in some respects very rich. The rehabilitation is going well and I hope to be completely recovered within a few months. Of course, by such an unexpected setback, one realizes that life is finite. With all the more diligence, I will therefore in the coming years try to round off projects (books, compositions) that I once began, but are waiting for the finishing touches.