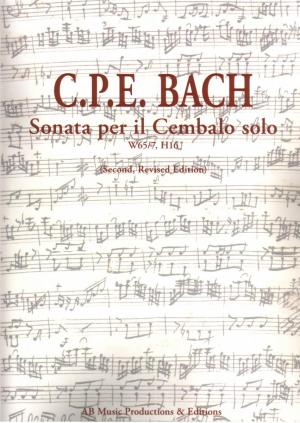 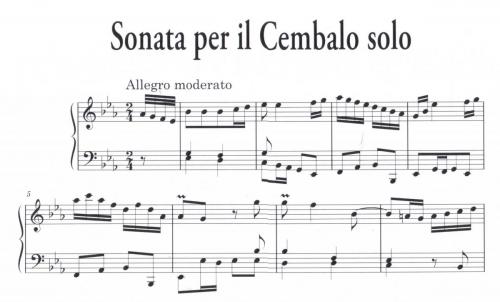 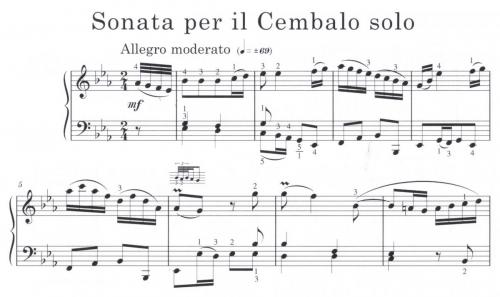 REVIEWS
“The best piano methods are often written by practitioners. So it was that Carl Philipp Emanuel Bach wrote his famous and invaluable Versuch über die wahre Art das Clavier zu spielen. (…) Except… it remains a textbook. It has to be judged in practice, with the help of literature from that period. If you have a teacher who is familiar with the performance practice of old music, then you can spend many happy hours with C.P.E. Bach’s music. But if you do not have that fortune, then it’s considerably more difficult to unravel the secrets of the pre-Classical period, certainly if you are studying on a modern piano. Albert Brussee’s first publication of Bach’s Sonata in E-flat really hits the bulls-eye, therefore. This composition was presented in various stages: as the work of a youth and as a later, modified version. There is furthermore an intermediate phase of Part I in existence. Bringing together all these versions in one album provides insight not only into the development of C.P.E. Bach as a composer, but also into the origins of the sonata form.
Brussee offers not only the Urtext of both versions, but also an annotated score. Due to this, his publication is multifunctional: the experienced harpsichord or fortepiano player can find his way through the ‘clean’ score, while the pianist (experienced or not) is assisted in making as true a ‘translation’ as possible to present-day instruments. With its extensive preface and the detailed description and justification, this publication (of which in the meantime a second, revised printing has appeared) is both a Vademecum for the Empfindsamkeit and a practical aid to the Versuch das Clavier in wahrer art zu spielen‘ (‘An Attempt to play the Piano in the right way’)!
Maarten Boonstra, PianoWereld 2009-6. (Translated from the Dutch)

“(…) Brussee, editor and publisher of this album, has created an Urtext on the basis of the manuscripts of both versions. What is special about this publication is that the editor has provided, in addition to the bare, almost unmarked Urtext, a score annotated by himself with articulation marks, suggestions for dynamics, pedalling, fingering and embellishments. The Urtext is meant for professionals who are sufficiently familiar with the performance practice of eighteenth-century music. With the publication of the annotated score Brussee wishes to give a helping hand to pianists less at home with this style and to students playing this work on a modern piano. (…)
The typesetting of the score, realized by Bart van Sambeek, is highly professional in appearance and is easy to read. The book is of ample format, is printed on best-quality paper and has a wonderful cover on which part of the manuscript is depicted. (…)
All in all due to the combination of all these versions, annotated and not, together with the extensive commentaries, a unique document has been created that is most certainly worth studying and that certainly deserves a place in curriculum of piano teaching. This latter in the light of the fact that the period between J.S. Bach and Haydn has always seemed to have received less attention from pianists.”
Christo Lelie, Piano Bulletin 2008-2. (Translated from the Dutch)

Be the first to review “AB II-15” Cancel reply