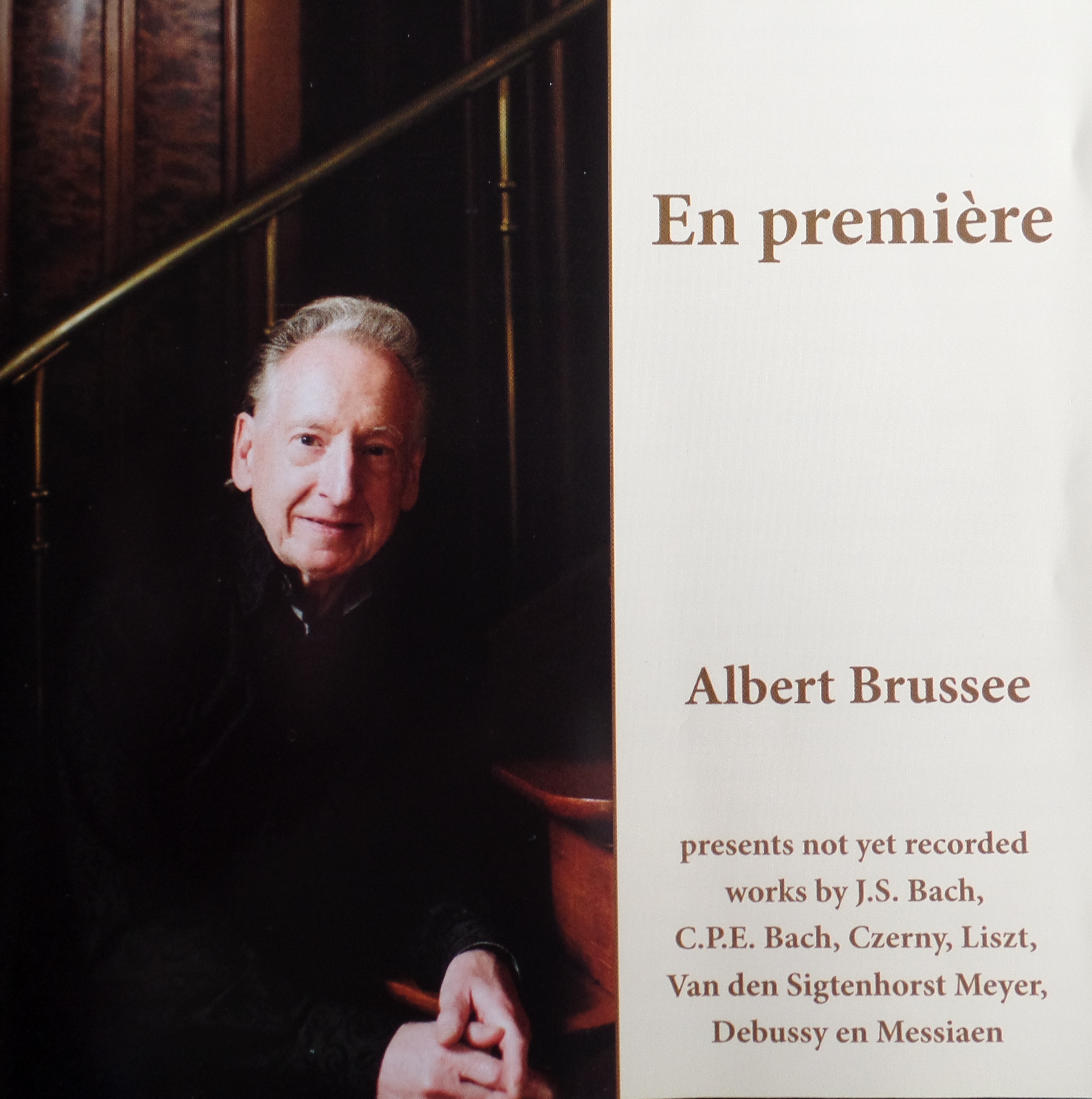 This CD presents only piano pieces which – as far as I know – have never before been recorded on a sound-recording medium, at least not played on a modern grand.
The works presented are:
– an Adagio by J.S. Bach, a keyboard transcription of the first part of the Third Sonata for Solo Violin by the composer himself (although this is doubted by some);
– two versions of an unknown early sonata by C.P.E Bach, whose large oeuvre for keyboard is unjustly neglected by pianists, despite his intimate knowledge of the pianoforte – this in contrast to his father, whose music is regularly performed on the piano, even though J.S. Bach hardly ever played that instrument;
– a beautiful nocturne by Carl Czerny, who could do much more than write studies;
– two sketches reconstructed by me from Sketchbook N6, the sketchbook in which Franz Liszt worked from 1829 until 1833, and prove that the young composer was developing tremendously in those years, especially in the harmonic sense;
– five compositions by the Dutch impressionist composer Bernhard van den Sigtenhorst Meyer, living in The Hague;
– the Prélude to ‘La Damoiselle élue’, a cantata for two soloists, female choir and orchestra, in an arrangement by Claude Debussy himself;
– and, finally, a piano reduction of Les offrandes oubliées by Messiaen, also from the pen of the composer himself and truly transformed into a satisfactory piano piece.

The recordings have been realized partly on the most beautiful grand piano in the studio of the late Rian de Waal in Valthermond (2008, 2011), partly on the no less beautiful grand in the Westvest90-kerk in Schiedam (2015). Recording and balance engineer was in all cases Daan van Aalst. The CD is accompanied by a 36-page booklet, in which the recorded works are amply commented on in Dutch and English and which is illustrated in full colour.

REVIEWS AND PERSONAL REACTIONS
“Albert Brussee is a musical explorer and a solid researcher, as the recently 70-year-old editor of the Piano Bulletin has more than once proved in the form of his countless and comprehensive articles. With his new CD, entitled En première, he shows that he is an excellent interpreter of unknown treasures of the piano literature, too.  Indeed, all the works played are first recordings, at least, as far as the works of J.S. and C.J.P. Bach are concerned, on a modern grand piano. The other pieces by Czerny, whose Nocturne opus 647 proves that this composer could do more than write studies, Liszt (sketches discovered and reconstructed by Brussee), Bernhard van den Sigtenhorst Meyer (five early works), Debussy’s Prélude de ‘La damoiselle élue’ and Les offrandes oubliées by Messiaen are all CD premières. This repertoire is therefore very attractive, but it is above all the intensely musical, well-thought-over but never schoolish way of interpreting, with which the pianist manages to fascinate his listeners. Albert Brussee would not have been Albert Brussee if he did not provide the CD with detailed explanations.”
Christo Lelie in Piano Bulletin 2016-2. (Translated from the Dutch)

“(…) I immediately noticed the beautiful, fairly direct, warm yet clear sound of the recording. Actually, technically speaking, this is a beauty of a recording! At least as important, if not more so, is of course the way the compositions are performed. I really enjoyed the clarity (partly due to your modest and well-dosed pedal use!), the exquisite tone, precision, phrasing and articulation in the works of father and son Bach. The pieces by Van den Sigtenhorst Meyer I find very interesting: you play them in a visual, impressionistic way and with a beautiful touch! Mazeppa is also well played, the dramatic atmosphere is excellent. La Damoiselle élue by Debussy is a calm, atmospheric work, which you apparently have great affinity with: playing everything in a very controlled way and giving the music the space it needs. And you always tell a genuine musical story with the notes!”
Joop Celis, concert pianist and main subject teacher at the conservatories in Maastricht and Leusden in a personal letter (e-mail of 2 August 2016; published with his permission.)  (Translated from the Dutch)

“WELCOME SECOND OPPORTUNITY. The thirteen pieces presented here find in Albert Brussee a dedicated interpreter, who manages to illuminate them from their best side. His piano playing is refined and well-cared-for, with flowing, pronounced lines. The balanced dynamics and sonorous colours leave room for the fullness of sound that seems to grow from the depths of the instrument. With this CD, the Dutch pianist comes forward with thirteen atmospheric musical images, each of which are a welcome addition to the piano repertoire and the existing number of recordings of more famous works by Brussee’s “En premiere composers.”
Olga de Kort, in De Nieuwe Muze 1-2017. (Translated from the Dutch)

Dear Albert,
I have suspected that you are an outstanding musician, but I have not heard enough of your recordings to realize just how outstanding you are. You have given me one of the most beautiful experiences of my life because I have discovered a fellow musician who makes honest music, who makes music because music is beautiful and true, who makes music for the love of it, and does it with such a refined sense for the subtleties that I was elated at one moment to the point that I had the sensation that I am listening to an angel playing the piano (that experience happened during the CPE Bach pieces). Few pianists know these days, how to make a full sound without hammering the piano. Your pedalling is also exquisite – I mean, I can hardly tell when you depress and when you release the pedal – the sign of a master pianist. In the Czerny piece I suspected that you used the third Steinway sostenuo pedal, but my logic tells me that you probably did not, but somehow managed to have all the inner voices clear while the bass sustained beautifully for very long stretches of music. I revitalized through listening to you, and am all the more interested to go back to the piano and make music just because music is so beautiful and so true when performed without thinking of careers and public success and matters of that kind. Thank you for sharing with me your sublime love for music and music making!
Prof. Dr. Tibor Szasz, pianist, professor at the Hochschule für Musik Freiburg and Liszt researcher, in a personal letter (e-mail of 30 March 2017; published with his consent).

Be the first to review “AB I-07” Cancel reply

The works presented are: an Adagio by J.S. Bach, two versions of an unknown early sonata by C.P.E Bach, a beautiful nocturne by Carl Czerny, who could do much more than write studies, two sketches reconstructed by me from Sketchbook N6, the sketchbook in which Franz Liszt worked from 1829 until 1833, five compositions by the Dutch impressionist composer Bernhard van den Sigtenhorst Meyer, the Prélude to ‘La Damoiselle élue’ in an arrangement by Claude Debussy himself, and, finally, a piano reduction of Les offrandes oubliées by Messiaen, also from the pen of the composer himself.