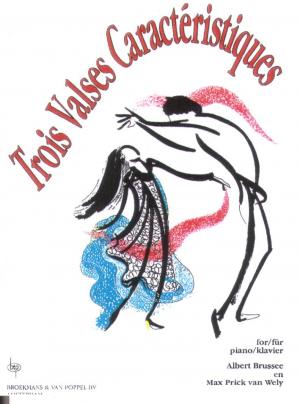 A second project in collaboration with Prick van Wely concerned a series Valses Caractérisiques. These were initially composed in 1982-1984 and were published by Harmonia (Hilversum) ‘in composers’ handwriting’. Some years later, in 1991, a printed selection was published by Broekmans & Van Poppel, entitled Trois Valses Caractéristiques, BP1623. It comprises three piano pieces in easy-listening style in which the influence of salon music from the early 20th century is to be felt. Each waltz is preceded by a beautiful litho created specially for this publication by the visual artist Iris de Leeuw. For the less advanced player, fingering and pedalling have been added.
Style: romantic.
Level of difficulty: Grade VI-VII (on a scale of XII grades)

Be the first to review “AB II-03” Cancel reply